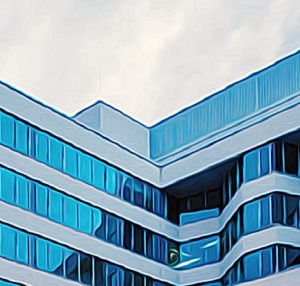 Final report on the Office Offices tinted window mystery. Report made by Jon Whatson, with assistance from Schlock Homes.

All signs were pointing toward Richie as the Office Offices tinted window smasher. Everybody believed it had to be him, and we even had a confession letter found in his drawer. Although he claimed his alibi was solid, it was anything but. Sure, he might have taken annual leave at the time of the first window smashing. Yes, he did have photos posted online from his holiday. But couldn’t he have scheduled those to post, having taken them at an earlier date? If anyone was responsible for smashing glass right after window tinting had been completed, it seemed as if it would be him.

Would it surprise you to learn, then, that Richie is innocent? It surprised us, when we realised. The thing is, Schlock has a photographic memory. When we looked at Richie’s holiday photos, nothing stood out at first. But then Schlock saw one of the clouds in the sky, depicted in a particular photo. And he recalled seeing a cloud of the exact same shape on the day of the first-reported glass smashing. I even recall him turning to me and saying, “Whatson, don’t you think that cloud looks a bit like an elephant rolling on a ball?” Personally, I couldn’t see it myself, but it was enough. That absolutely proved beyond doubt that Office Offices would not be hiring another business for office glass tinting near Melbourne due to the actions of one Mr Richie.

So, who was responsible for this horrible crime? It was none other than Harry the accountant. He admitted himself that it would take hours, if not days, to organise the repairs and find space in the budget. Guess which team was looking to downsize due to there not being enough work? That’s right. The accounting team. Harry destroyed the window to create more work for himself.