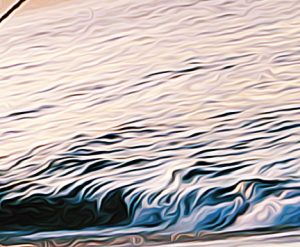 Lorcan stood and followed the crowd of vikings out of the hut. Gunnar ushered them along a narrow path to the shoreline.

As the group clambered down the rocks, Lorcan put his mind to keeping track of the landmarks they passed. He usually had a keen sense of direction, but this terrain had defeated it. Grey rocks, spindly trees cutting into the sky, icy wind biting at his skin. It was like a dull maze of cold and — his foot hit a stone and he stumbled. Lorcan would have fallen flat on his face had a firm hand not caught the back of his furs and hauled him upright.

Valdemar only waved his hand mildly. “S’not our biggest problem. I don’t care what kind of professional, boat catch installation specialists that kelp-for-brains hired, but I’ve been around long enough to know it’s not gonna change anything.”

“The council seemed to think it would help.”

Valdemar rubbed his eyes wearily. Lorcan hadn’t looked at him properly in a while — really looked at him — but it was clear now the long journey had taken its toll.

“It’s only giving people a false sense of security,” Valdemar said. “What we really need is the best marine stainless steel fabrication Melbourne has ever come across. We need quality steel, aluminium, and stronger pipes than the ones we’ve got. Things only someone who knows their way around a hull will understand.”

Lorcan looked down at his hands. They were an academic’s hands; his nails weren’t lined with dirt like the other vikings in his town. Still, if they were in need of someone, why couldn’t he do the job? “I could get my fabricators certification,” he voiced aloud.

Valdemar doubled over, laughing. “You? Welding?”

Lorcan tried hard not to be offended. Did other people really view him as so weak?

“You’re a strategist at heart,” Valdemar continued. “Like me. Besides, I need you up in the mountains just in case the first line of defence fails and the Brits make their way inwards.”